I've often seen a couple of differences between how a real iPhone device and the iOS simulator renders some advanced stuff.

But it's often the iOS simulator that is acting out, and everything is good on the device.

I was adding a background image to the log in screen of Høst and in the simulator it looked really good. The effect created vibrant input fields, labels, buttons and the logo was lit up perfectly.

But when I opened the app on my iPhone 6, it looked terrible. The vibrancy effect got tuned down to almost non-existent and the logo got so dark you can barely see it. 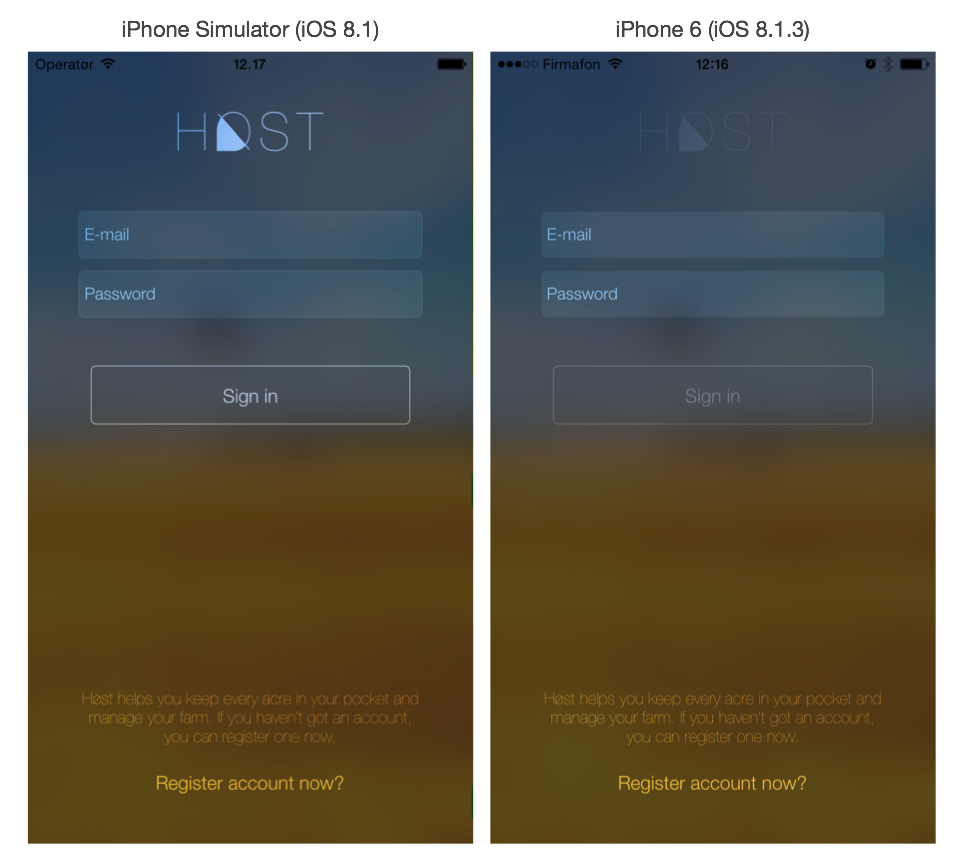 I checked the value returned by UIAccessibilityIsReduceTransparencyEnabled() and that is false in both the simulator and on the device.

But in case that was true on the device, I'd expect it to produce clearer visuals since accessibility should make it easier, not harder to see what's on screen.

I haven't got a solution to this yet, I created a question on Stackoverflow and hope to get an aha moment and learn why this is not right.