The so called Azure Preview Portal, that has been in preview for ages and ages, is less than ideal or should I say confusing in a few places.

One thing I particularly find difficult to grasp, is the concept of linked resources.

In the old portal (or current, since it is the only non-beta/preview portal) there's a handy Linked Resources tab on each Web App and you can easily link storage accounts and databases.

But I couldn't manage that link!

Today I created a new Web App and a SQL Azure database using the Preview Portal, and linking the two turned out to be a little complicated.

There's nowhere you can link the resources in the Preview Portal. At first I thought that the concept of Linked Resources was gone, replaced by the concept of Resource Groups. So Web Apps, databases and storage accounts in the same Resource Group would automatically be "linked".

But still, I didn't see the link displayed on the blade of the Web App.

After some search, I found an entry on the support forum describing how you need to add the connection string of the database to the Web App: 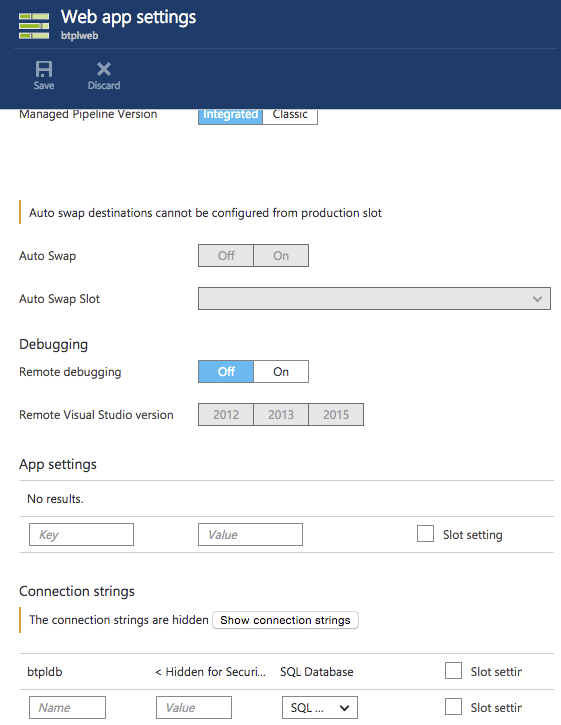 After adding the connection string to the Web app settings, I now see the link outlined in the summary part of the Web App blade: 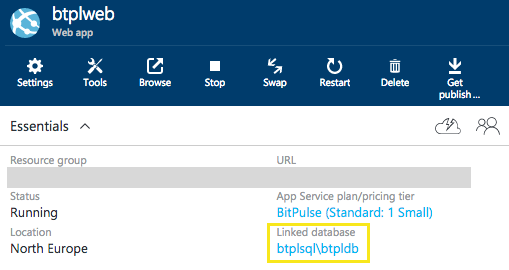 That takes care of linking the database.

Storage Accounts are a different story.

A new version of Storage Accounts has been introduced. They can only been seen and created using the Preview Portal. But since they're not visible in the old portal, and the Preview Portal hasn't got support for linking resources, there's no way to establish that link. The only option at this time is to create a Classic Storage Account, and link that using the old portal.

I tweeted Azure Support and were told they're working on it.

@MartinHN Got it. We're looking into this and we'll keep you updated. ^RB

@MartinHN We created a forum on your behalf. Please join the conversation here: http://t.co/fdXGwrXrQG ^RB